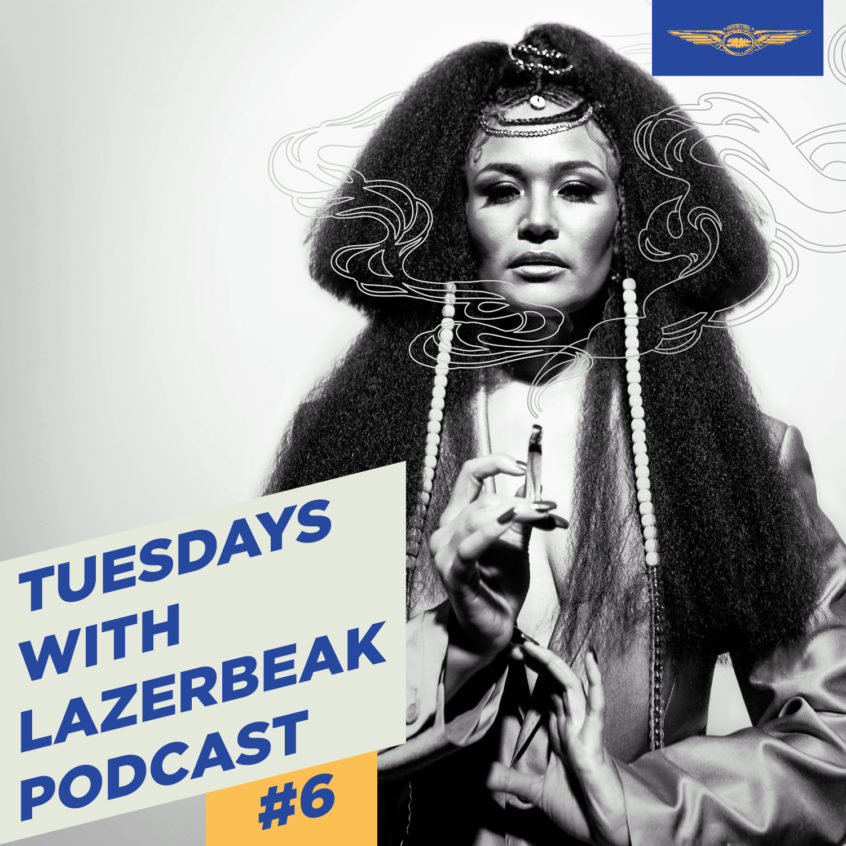 BOOM! Welcome back to an outrageously packed edition of Tuesdays With Lazerbeak. This might set a record for the longest post ever, so let’s just jump right in. Last Friday Dessa released her second one-off single of the year and it is a certified SUMMER SMASH. The song is called “Good For You” and that’s the cool artwork below. Shouts to Bill Phelps on the photography and Andy Lund on the design. 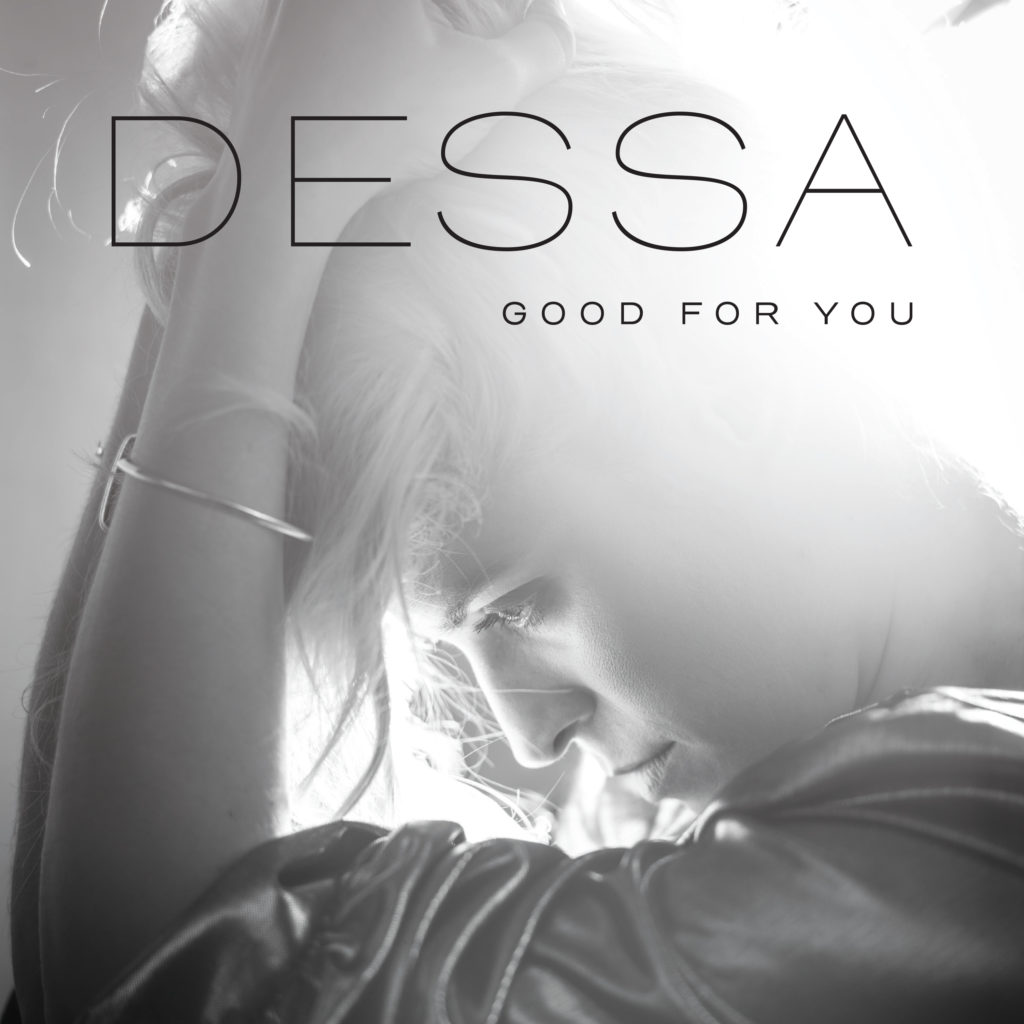 The track was produced by Dessa’s bandmate and MONAKR member Saam Hagshenas, with additional production from usual suspects Andy Thompson and ME. On the heels of the audio premiere by KEXP last week, the good folks at Billboard just world premiered the “Good For You” music video this morning. Check out their story and interview with Dessa right HERE.  The vid was directed and edited by Mercies May, with additional footage shot in Mexico City by Dessa’s brother Max Wander. Not only is this one of my favorite songs that Dessa’s ever released, it’s also one of my favorite videos she’s made. Check out the whole thing below and please help us spread the word all over the internets. Thank you!

Dessa – “Good For You” (Directed by Mercies May)

And that’s not all! To celebrate this release, Doomtree Records has pressed up a very limited run of “Good For You” 7″ singles with previously released “Grade School Games” on the B-Side. It comes on an amazing smokey clear vinyl and only 1,500 copies will ever exist. Check it out below and grab yours from the Doomtree Webstore HERE while they last. 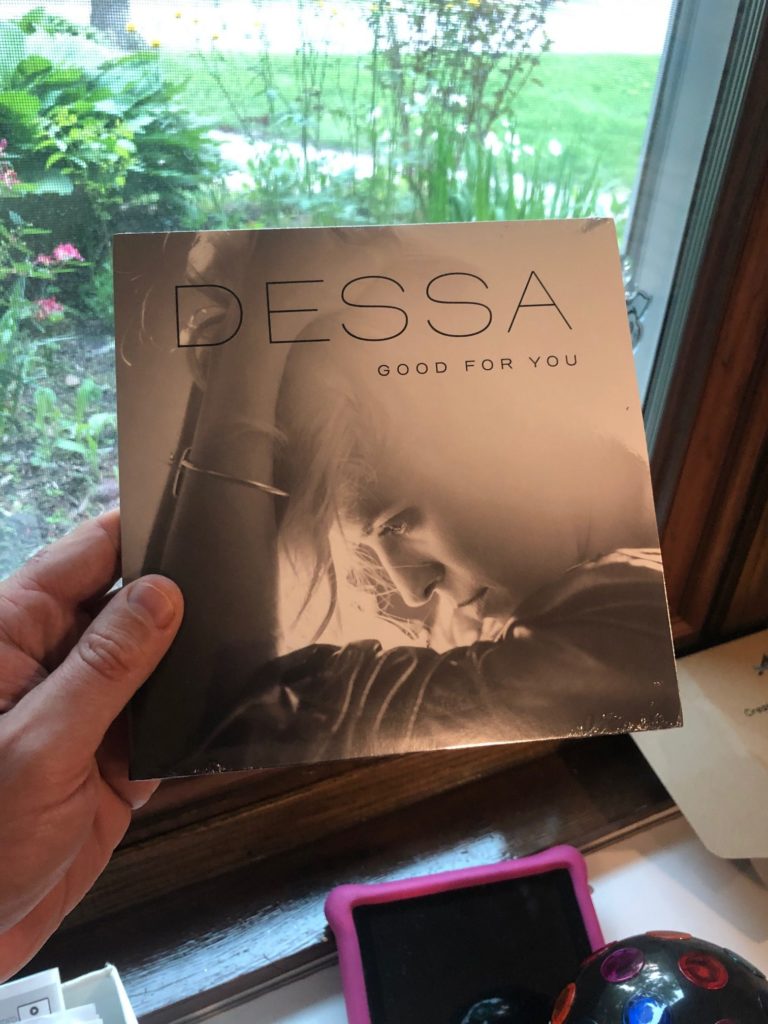 We’ve also added a new run of Skeleton Key necklaces to the webstore. Grab yours HERE. 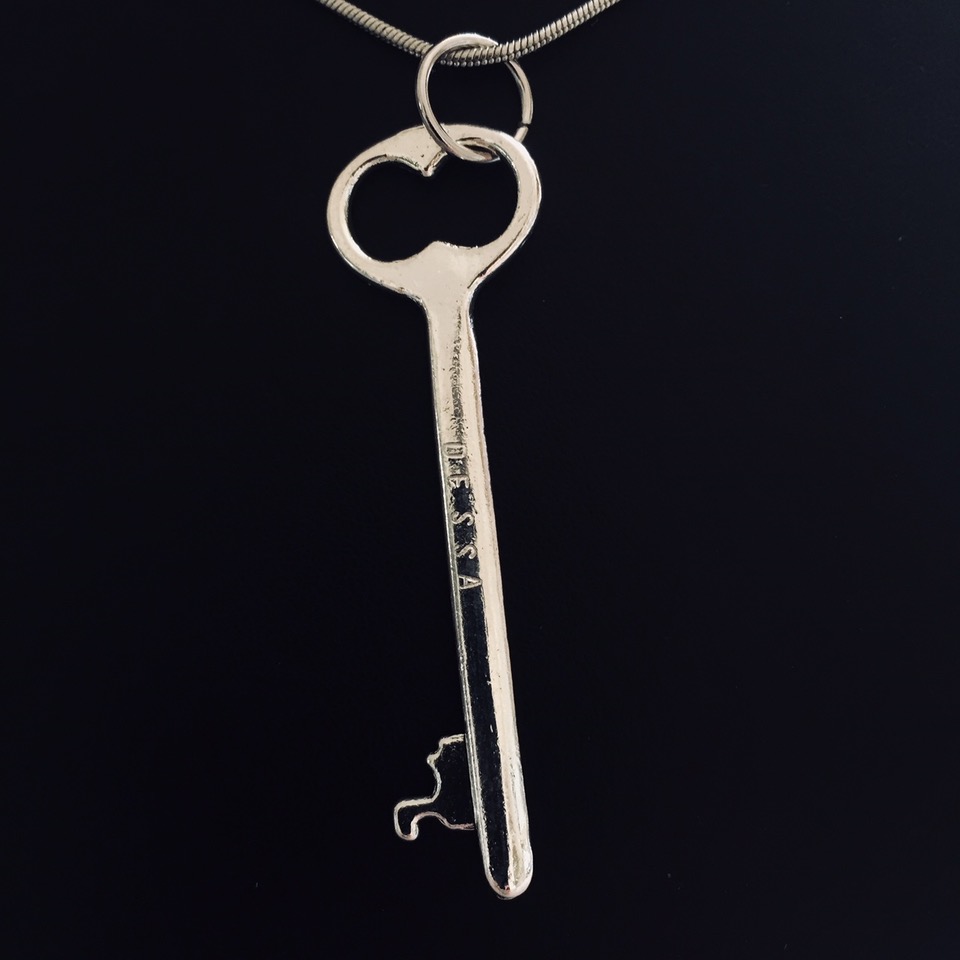 The paperback version of Dessa’s debut memoir My Own Devices will be out in the world on August 27th and you can now pre-order a copy for yourself or a friend right over at the Doomtree Webstore. The first 100 pre-orders will come signed by Dessa and you’ll also get a bonus audio reading of a new Dessa work of fiction. Grab yours HERE. 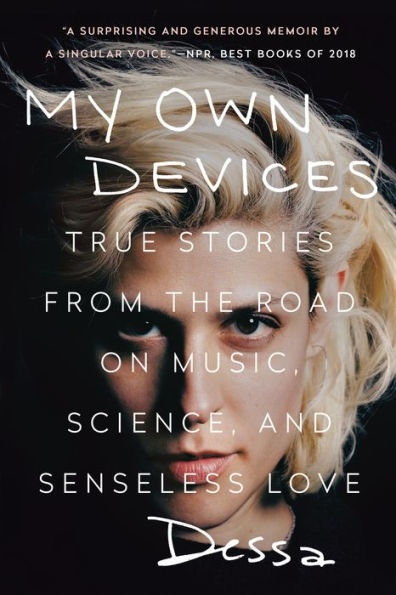 And speaking of Dessa (SEGUE!), she’s currently back out on the road with MONAKR working her way through the Southwest. The squad just wrapped up shows in Las Vegas, Tijuana, and Phoenix, and they’ll be performing in Santa Fe tonight (6/4/) and Austin on June 6th. Check out the dates below and grab you tickets HERE. 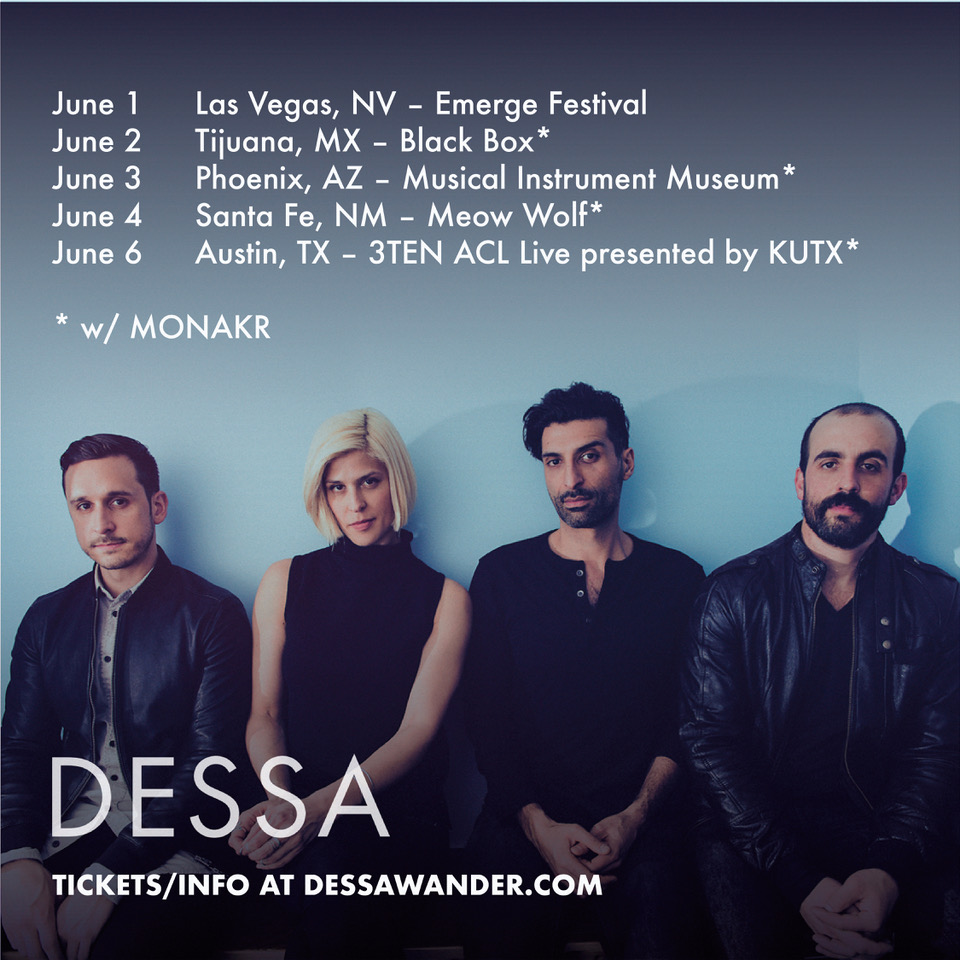 It’s officially the first Tuesday of June, which means it’s time for the SIXTH EPISODE of the Tuesdays With Lazerbeak podcast! I can’t believe we’ve been doing this thing for half a year already. On this month’s episode Jeyca and I welcome the absolutely brilliant Lady Midnight, who just released her phenomenal debut solo album Death Before Mourning last month. It is seriously my favorite and I know it will be in my Top 5 of 2019. We taped this episode two nights before the album dropped and got into all the nerves, expectations, hopes, and joy of releasing a new project into the world. One of my favorite episodes so far. Check it out below on the Soundcloud link or wherever your preferred podcast platfrom resides right HERE. 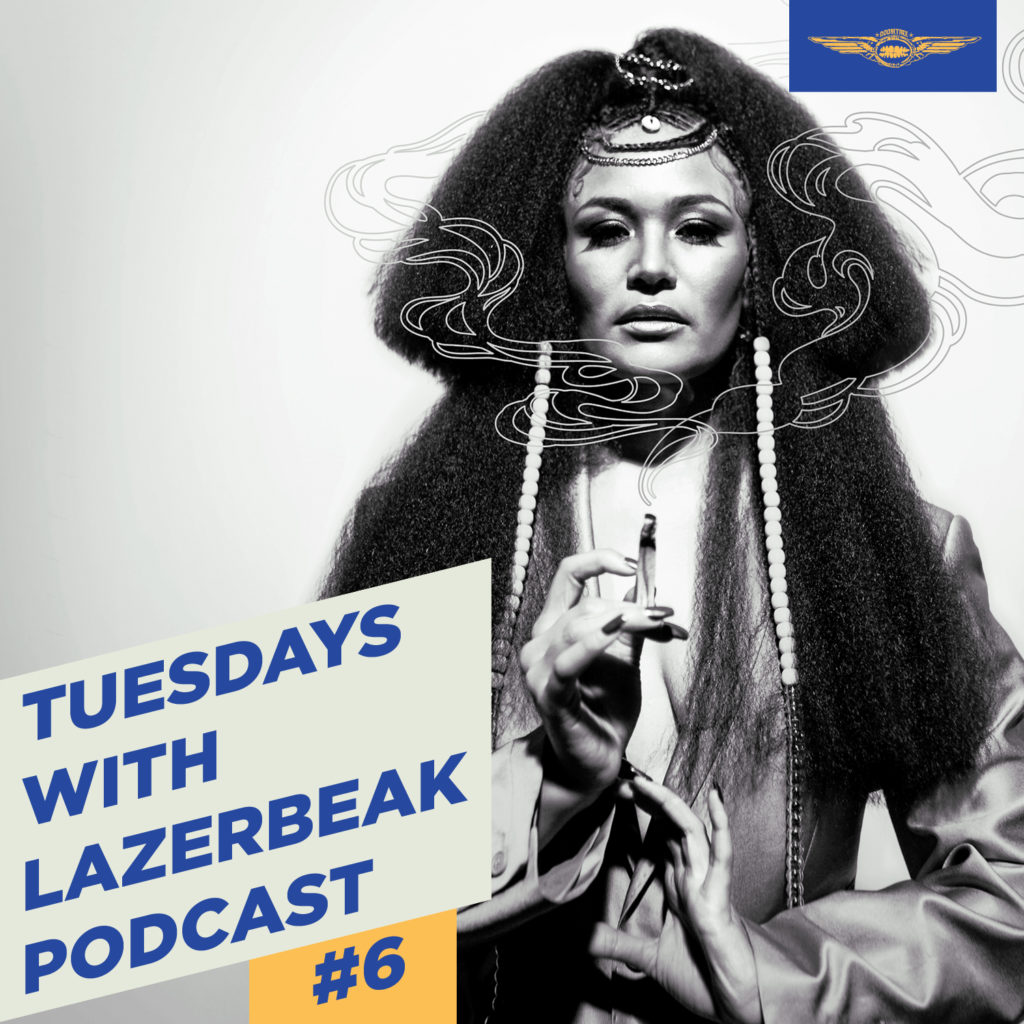 And speaking of the Tuesdays With Lazerbeak podcast (DOUBLE SEGUE!!!!), we’ll be throwing our first-ever live podcast taping at the lovely Parkway Theater in south Minneapolis next week. It all goes down on June 11th with very special guest María Isa, who just so happens to be Jeyca’s cousin. María will be talking to us about her long career as a musician, actress, activist, and now mother, and she’ll also be performing a stripped-down set of music for the live audience. On top of that, we’ll be bringing wellness expert and nutritionist Jesse Haas of Wellness Minneapolis on the show to talk to us about how we can better our bodies and our minds on a daily basis. Should be an absolute blast and if you’re anywhere near the Twin Cities I implore you to come and get zapped with a million rays of positivity. Tickets are available right HERE. Hope to see a bunch of you down there next week! 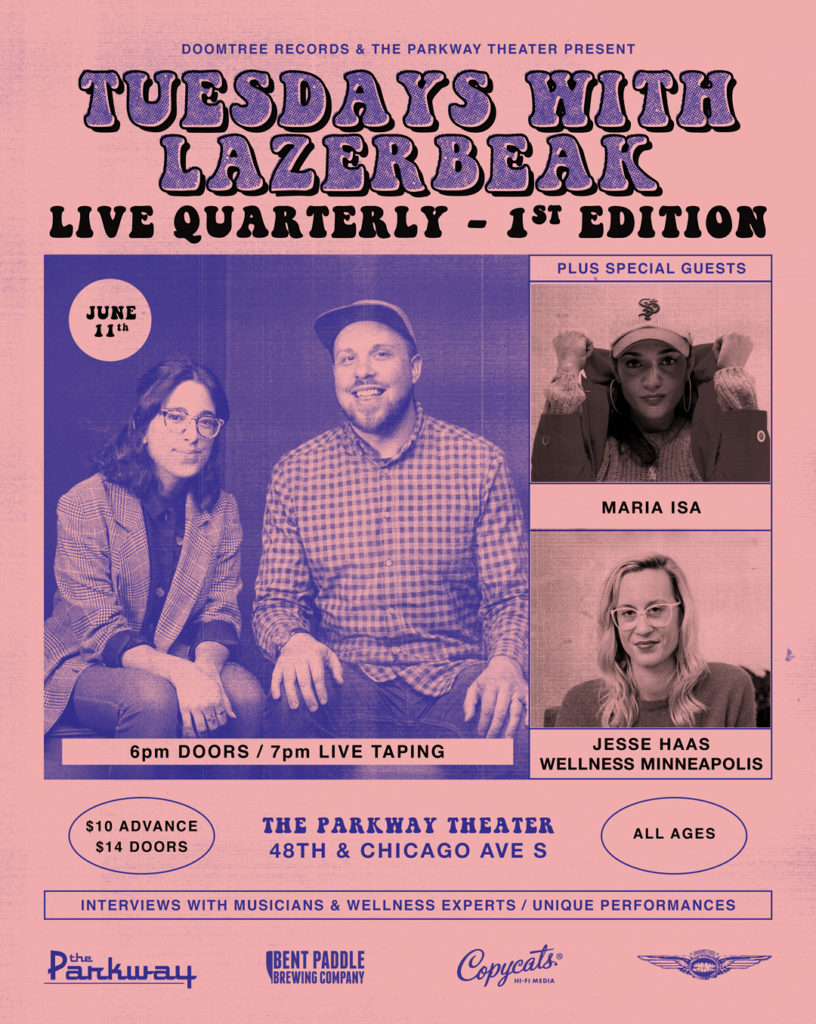 Tonight marks the start of Surly Brewing’s Summer of Sound DJ Night series, and we’re kicking things off with a bang! Doomtree’s own Sims will be hanging tonight and spinning his favorite heaters from 7-10pm. Come through, crush some brews, and party hard with him. As always, this event is FREE.99 and open to all ages. Be there! 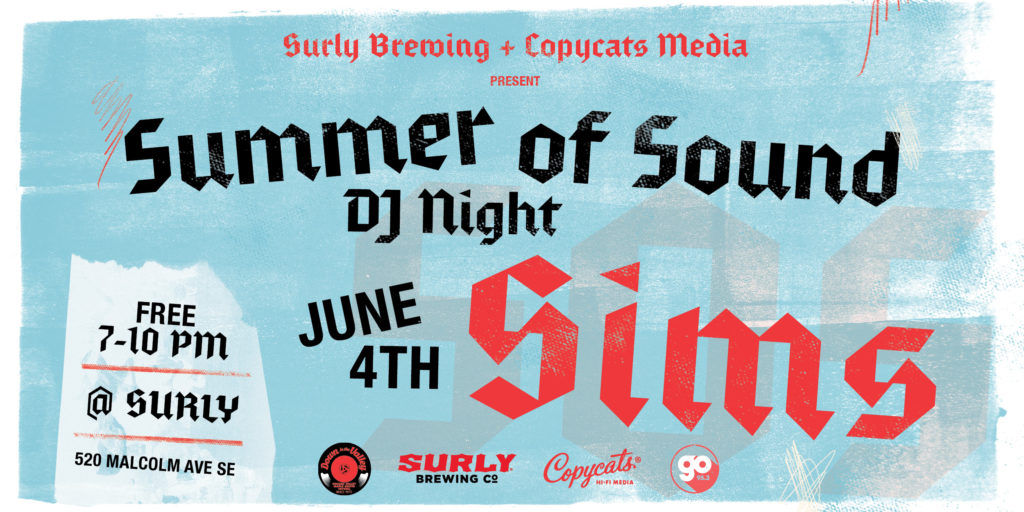 This Saturday P.O.S will head up to Duluth to perform a headlining set at Spurs On First. Sean Anonymous and The Crunchy Bunch will be performing as well. Check out the deetz below and grab your tickets HERE. 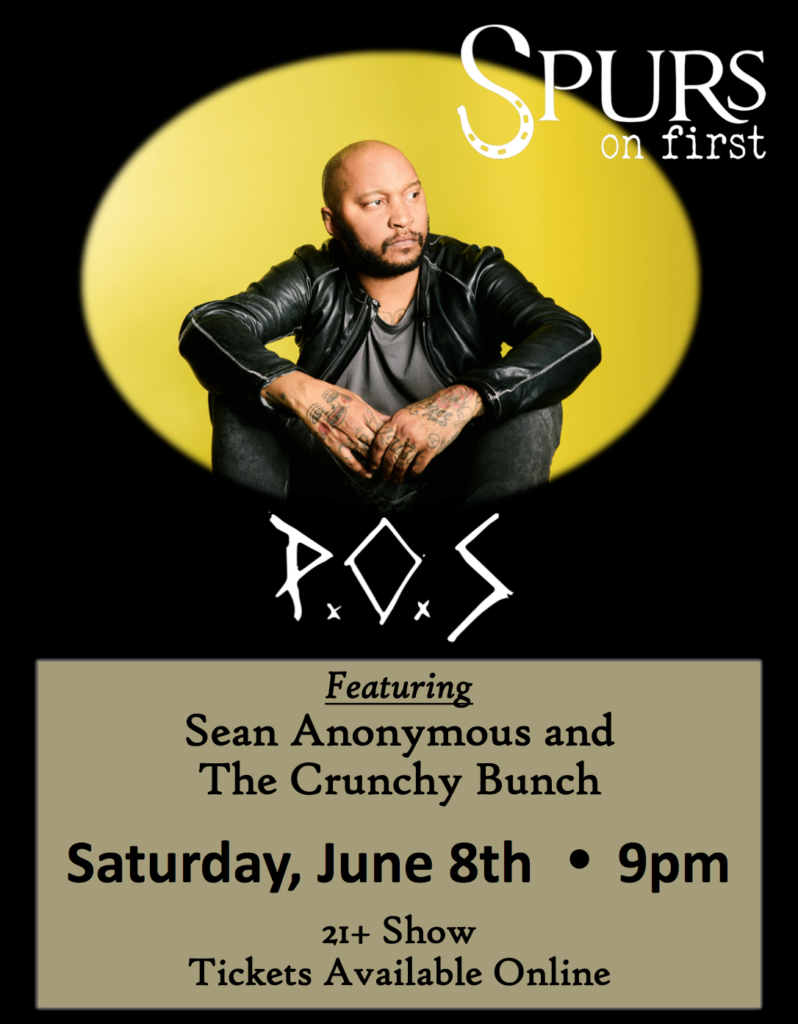 I’m getting insanely excited for the first full-crew Doomtree show of 2019 at Common Sound Festival on June 30th. To take things up a notch, we’ve collaborated with sponsor Steel Toe Brewing to create a brand new beer for the event. It’s called All Hands Pale Ale and will only be available at the concert and at the Steel Toe taproom. I’ll be posted up at Steel Toe on June 20th to guest bartend and serve you the first pints of this new collab. You can grab your Common Sound tickets there as well. Come through to the Steel Toe taproom on the afternoon of June 20th and get into it with me. Details below. 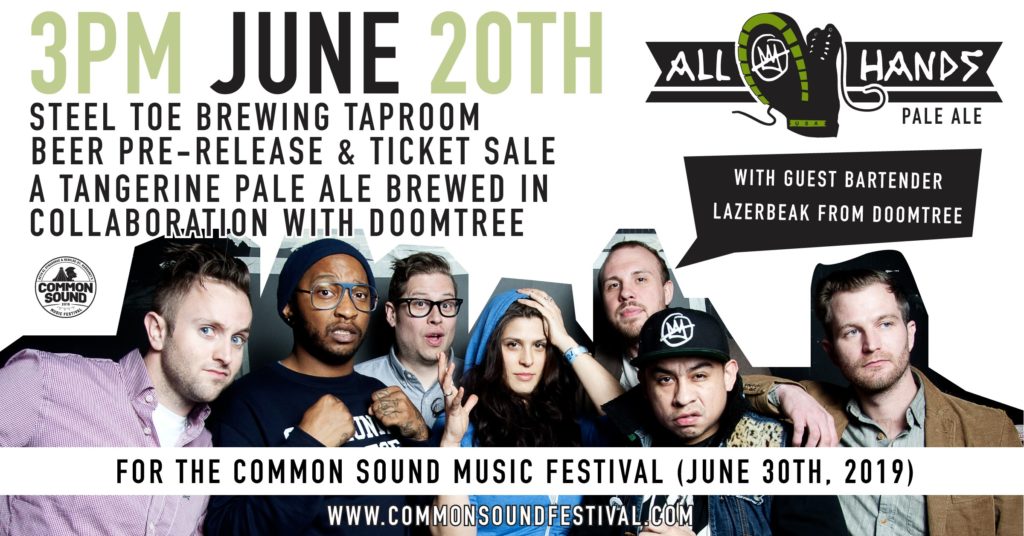 And of course, if you don’t have your tickets for this awesome festival already, you can grab them right HERE.  Stoked to be playing with our buddies jeremy messersmith and Koo Koo Kanga Roo.

Ok let’s dive into some new music. Our dear friend and rap legend Psalm One just released her new album Flight of the Wig last week and it is an absolute banger from front to back. On top of that, the leadoff track features a crazy verse from Sims and later on in the album our homie Angel Davanport pops with a killer guest feature. A truly star-studded affair and I can’t recommend it any higher. Grab your copy exclusively at Bandcamp right HERE and help support awesome independent music. You can stream the whole thing below as well.

Psalm One – Flight of the Wig

While we’re at it, let’s roll out a ton of great new Bonus Jams. astralblak continue their undefeated streak with this new “Funksters Prayer” single. By far my favorite band out of the entire Midwest. These guys are on another level and truly carrying the torch for the Minneapolis Sound. Check out the track below. So into this!

I’ve been bumping nothing but this new Lucky Daye album lately. Lucky is from New Orleans and has low key put out one of the best front-to-back R&B albums that I’ve heard in quite some time. The production is flawless and his voice is amazing. Highly recc’d for the R&B purists and the dabblers. Check out “Try Your Fire” below.

So happy to hear that Jai Paul has made his return to releasing music publicly after 2013’s leaked debut album and the fallout that ensued. This new double single that he just put out picks up right where he left off, and this “Do You Love Her Now” track gives me the biggest smile ever. So good.

Bad Bunny has been on a serious tear as of late and this new “Callaíta” single is more of the same awesomeness. This guy is just the best.

Speaking of the best, ROSALÍA continues her reign with this new “Autre Cuture” heater. The video is awesome per usual and it seems like she’s just getting more and more confident by the second. Superstar in the making.

Loving this new Camila Cabello and Mark Ronson collaboration. Really hoping this means that there’s a new Camila album on the way too.

Man, I didn’t think there was a way for me to gush more about Cardi B but then she goes and releases this “Press” song and completely riles me up all over again. I need someone to make me a ringtone that just samples the “DING DOOOONG” adlib at the start of the second verse. Cardi is running all of rap right now and making it look easy.

I’m waaaaay into this new album from Houston’s Meghan Thee Stallion. She seems to embody everything about H-Town, past, present, and future. Check out the video for “Realer” below and then go and grab Fever for sure.

I’ll close things out with a new banger from YG’s latest album. It features my all-time fav Kamaiyah, along with RJ, Mitch, and Ty Dolla $ign. Definitely one for the club.

Bang! That’s it for Bonus Jams this week. Make sure to save my Bonus Jams playlist to your Spotify account so you can always have the most up-to-date knockers on your phone or laptop. It’s got over 600 songs on it now for your listening enjoyment. Do it right HERE.

That’ll do it for this mammoth post. If you’re still reading this, I applaud your diligence. Hope you all have a truly incredible week watching this insane NBA Finals matchup. See you next Tuesday for another round of TWL!