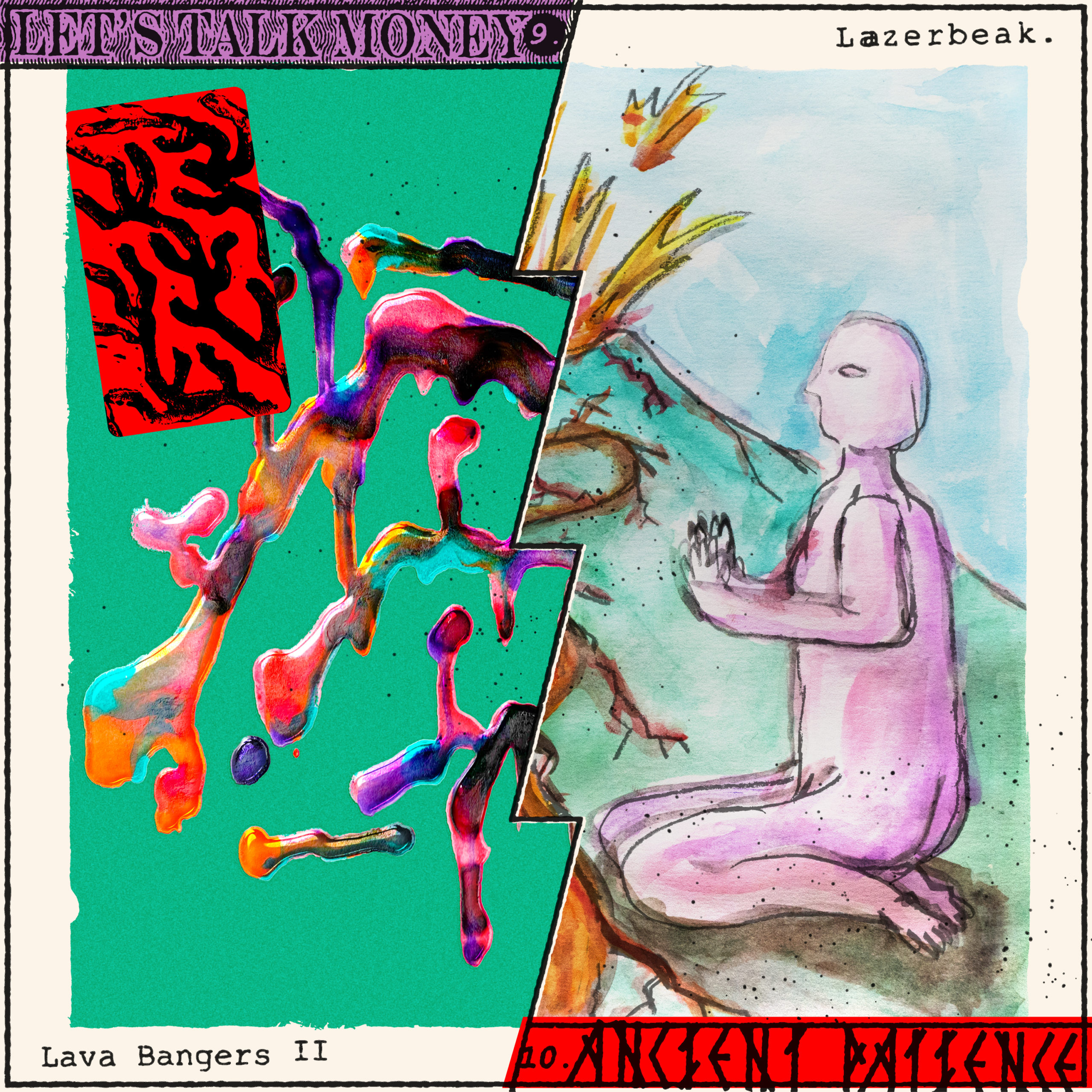 Happy June! I hope you’re all soaking up as much sunshine as possible and enjoying everything turning green all around us. I’m excited to share that we’ve officially made it the halfway point of this road to Lava Bangers II, and today I’m pumped to share tracks 9 and 10 with you. Here’s the sick artwork for “Let’s Talk Money / Ancient Patience” courtesy of the Legend God Andy McAlpine….. 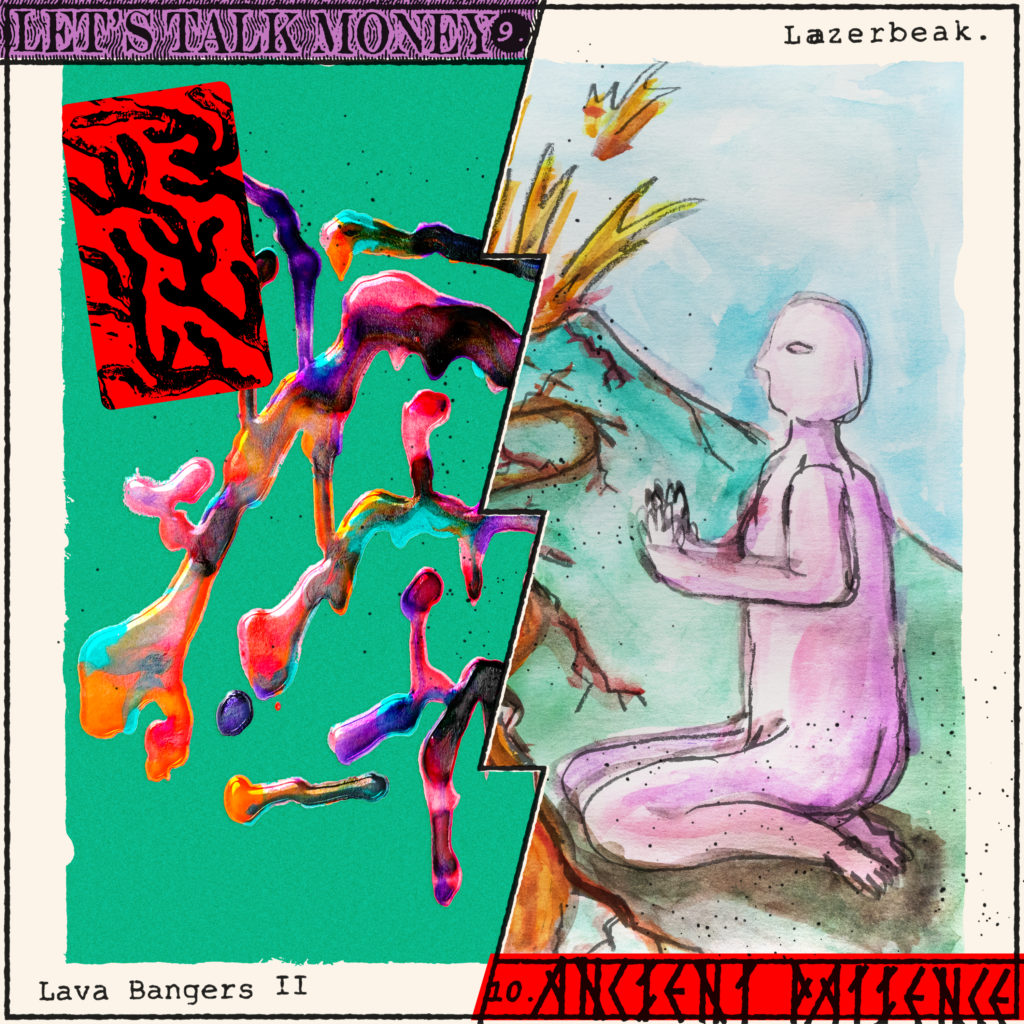 I made “Let’s Talk Money” pretty much just envisioning gigantic money piles stacked up to the heavens haha. Reminds me of disco and Studio 54 excess, and also Scrooge McDuck diving head first and swimming in a sea of gold coins. The second-half breakdown is a big shoutout to the 80s R&B that I listen to all day every day on repeat. All feel-good grooves and tons of different instrumentation popping in and out to build up the vibe. I think Luther Vandross would be proud.

“Ancient Patience” is probably the first non-banger that I’ve released on this album so far. I made it shortly after completing the Cameron album and I was still very much in my chill, drawn-out, meditative bag. Something about the standup bass line and the steel guitar samples blending together really grabbed me, and I decided to rework this one and use it as a catch-your-breath moment at the halfway mark on the album. Plus the big ending still kind of bangs in its own weird way if you ask me.

Anyways, I hope you dig the tracks! Thanks for sticking with me through these first 10 Lava Bangers II joints. I’m excited to roll out the remaining 10 songs throughout the rest of the year for you. Have an awesome June and I’ll see you next month with two more heaters!