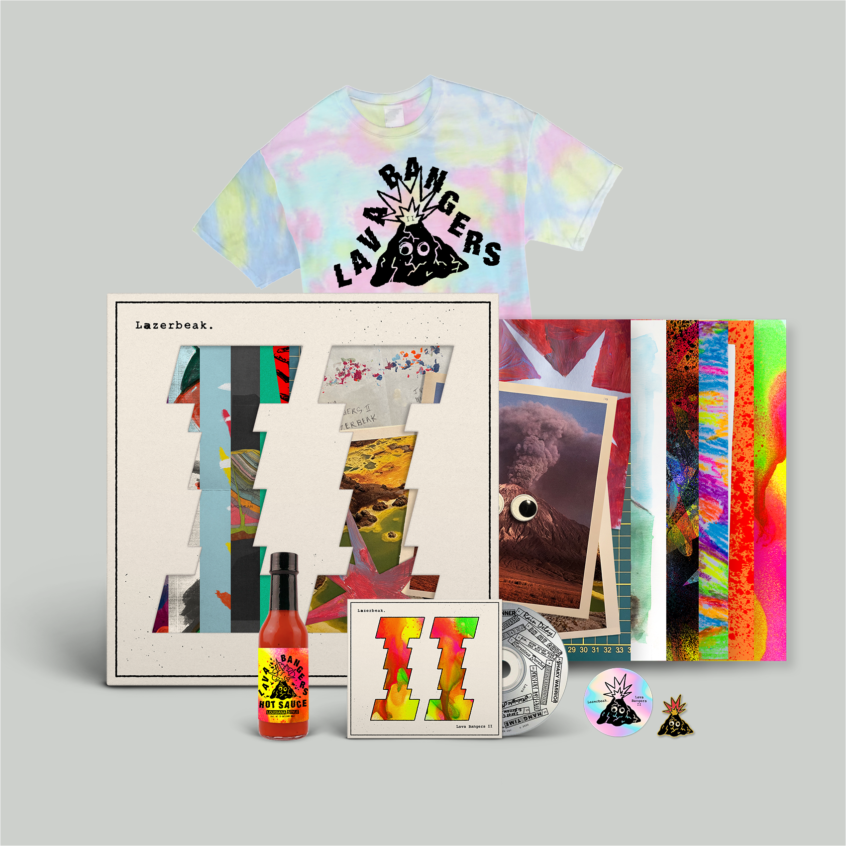 Holy cannoli, it’s finally time to announce the Lava Bangers II physical pre-order details!!! I can’t tell you how long I’ve waited to say that we’re actually pressing this bad boy up on limited-edition DOUBLE VINYL (something the first Lava Bangers release never saw), and we’ve got some truly outrageous extras to go along with it. All of the art for the album and the pre-order items were created by my dear friend and genius designer Andy McAlpine. It’s been such a fun collaboration working with him over the last year to create the full visuals for this project, and I’m beyond pumped to tell you all about it. Let’s start with the CD and 2xLP in the Standard Pre-Order….. 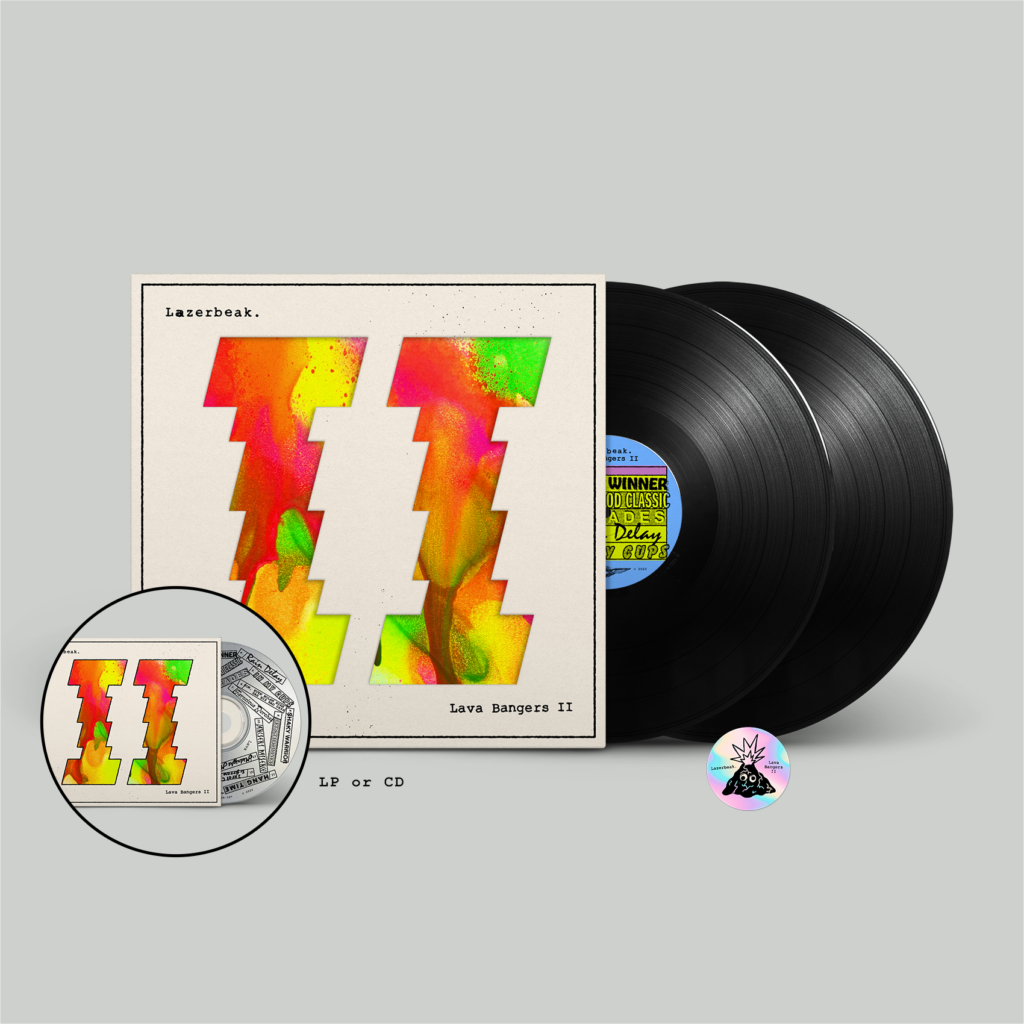 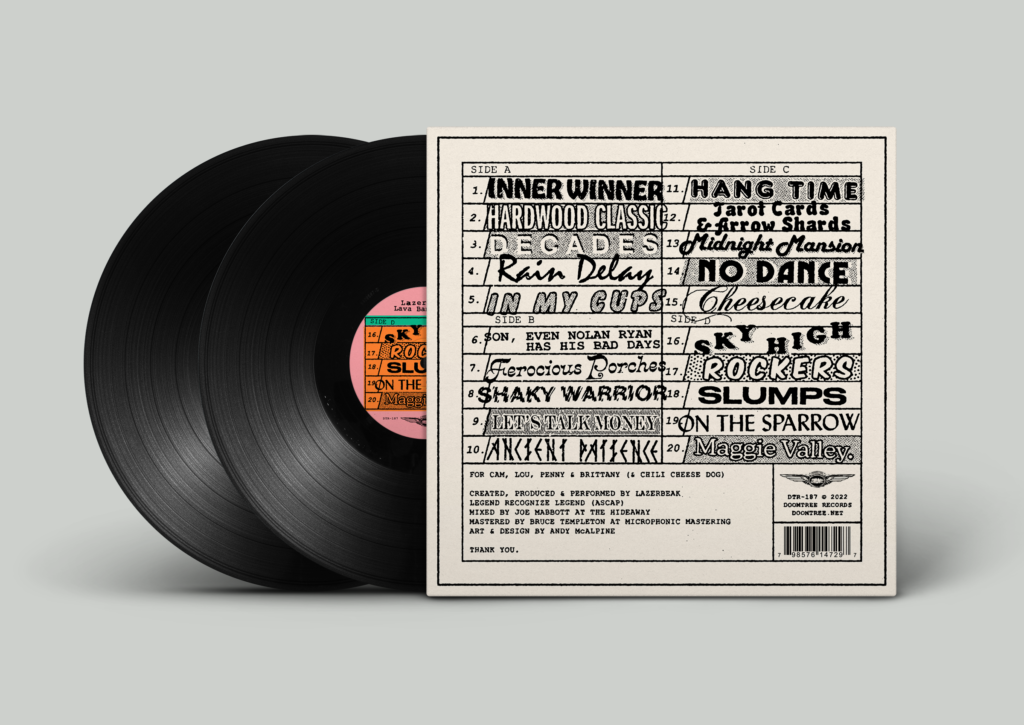 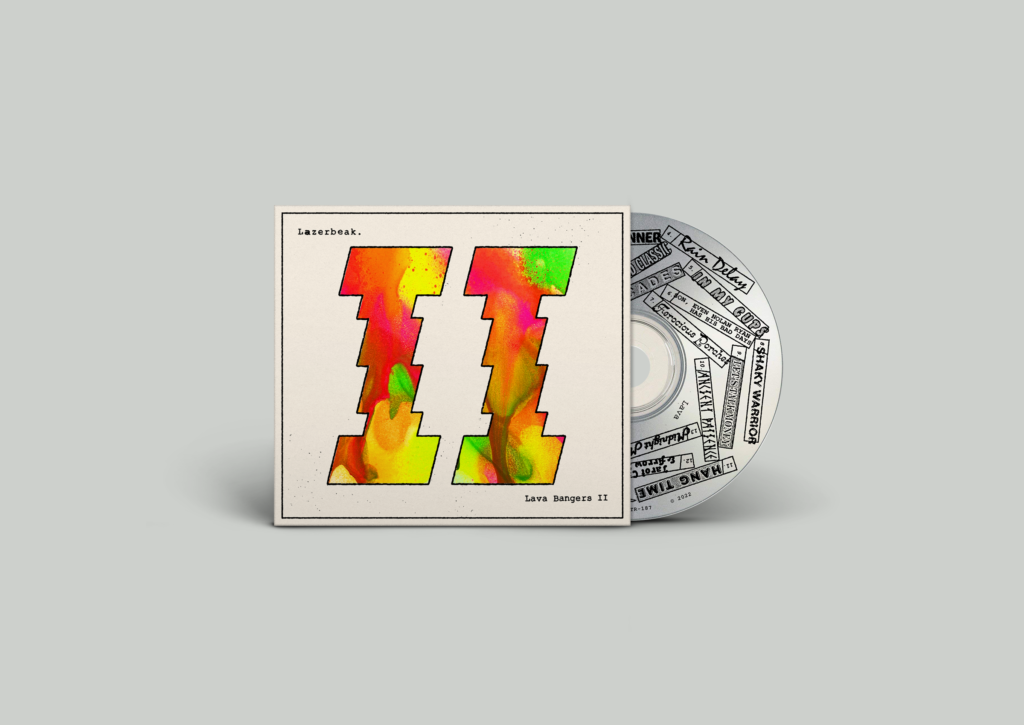 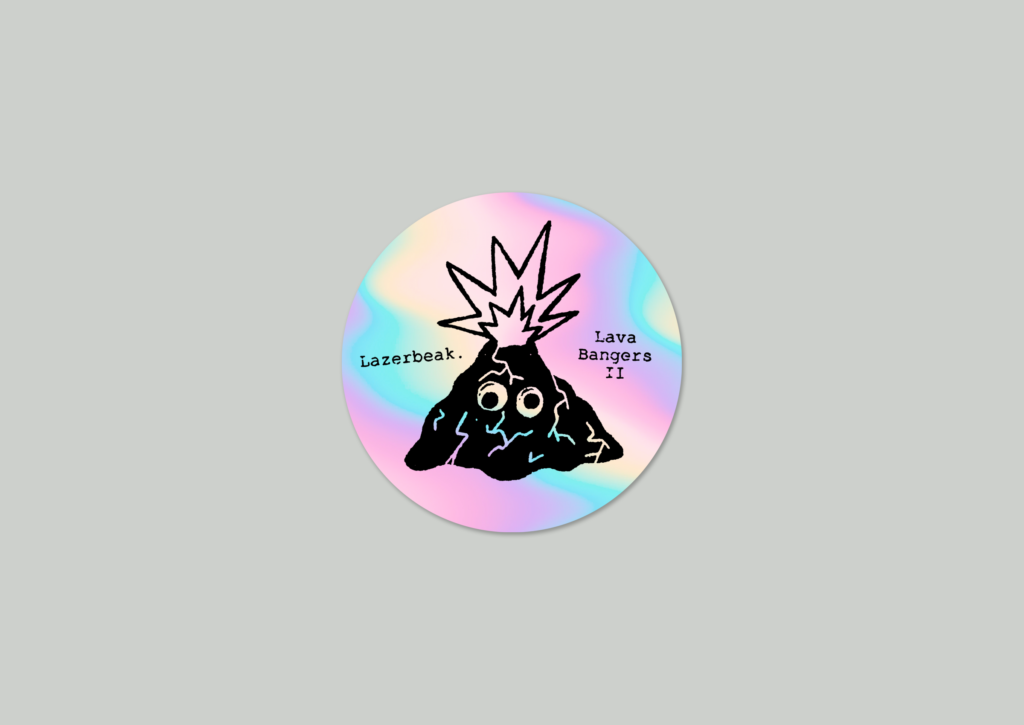 And here’s where things really start to get bonkers. The extras in the Deluxe Pre-Order are by far my favorite things I’ve ever gotten to make. Check this out! 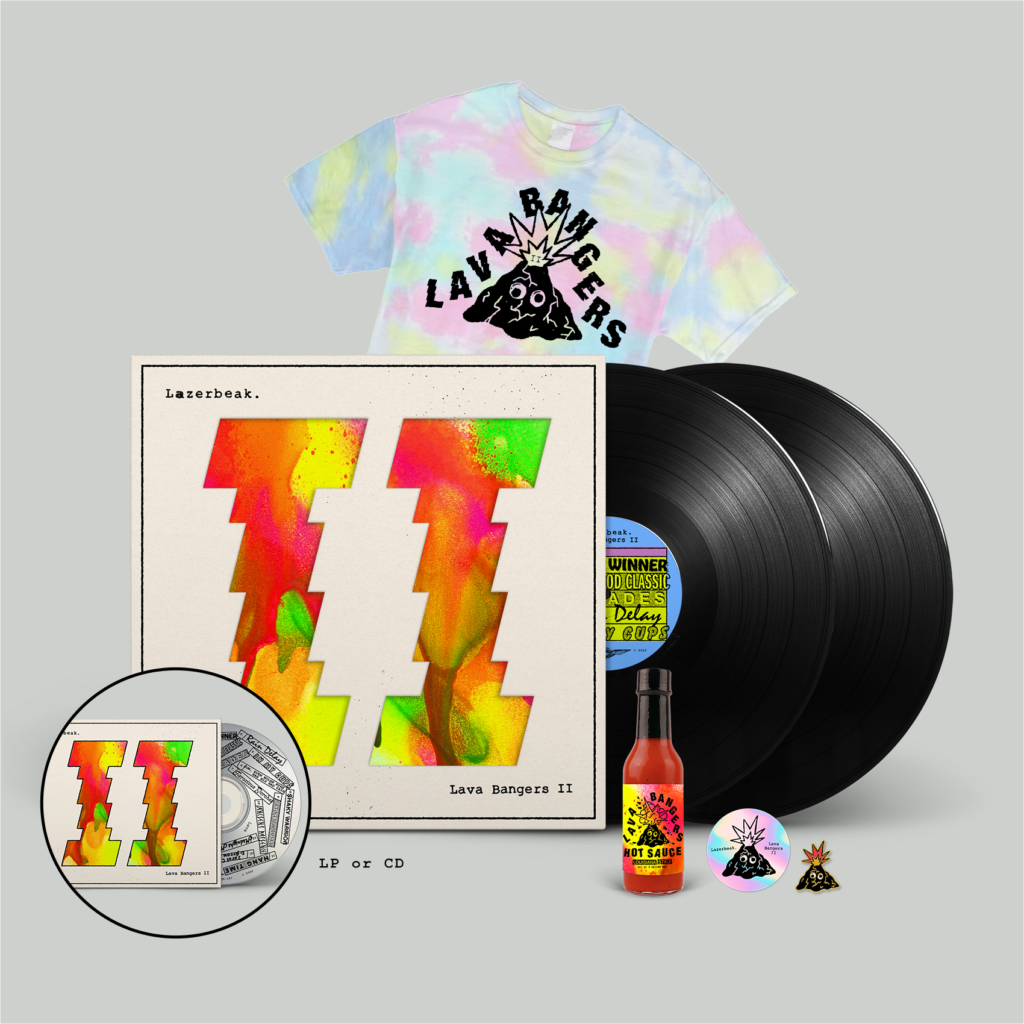 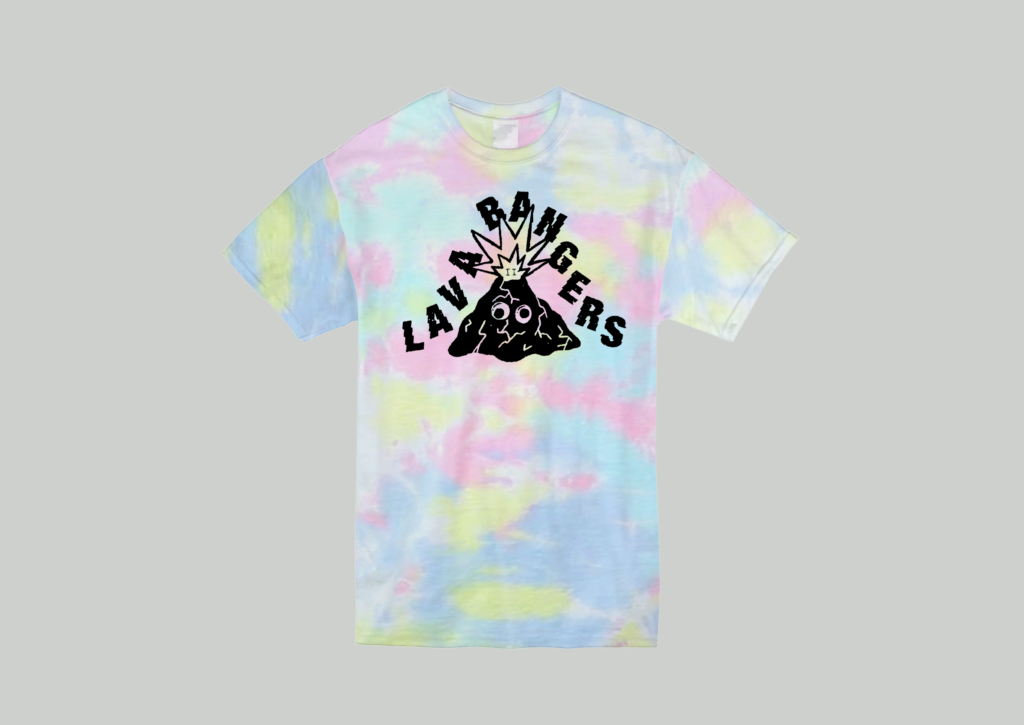 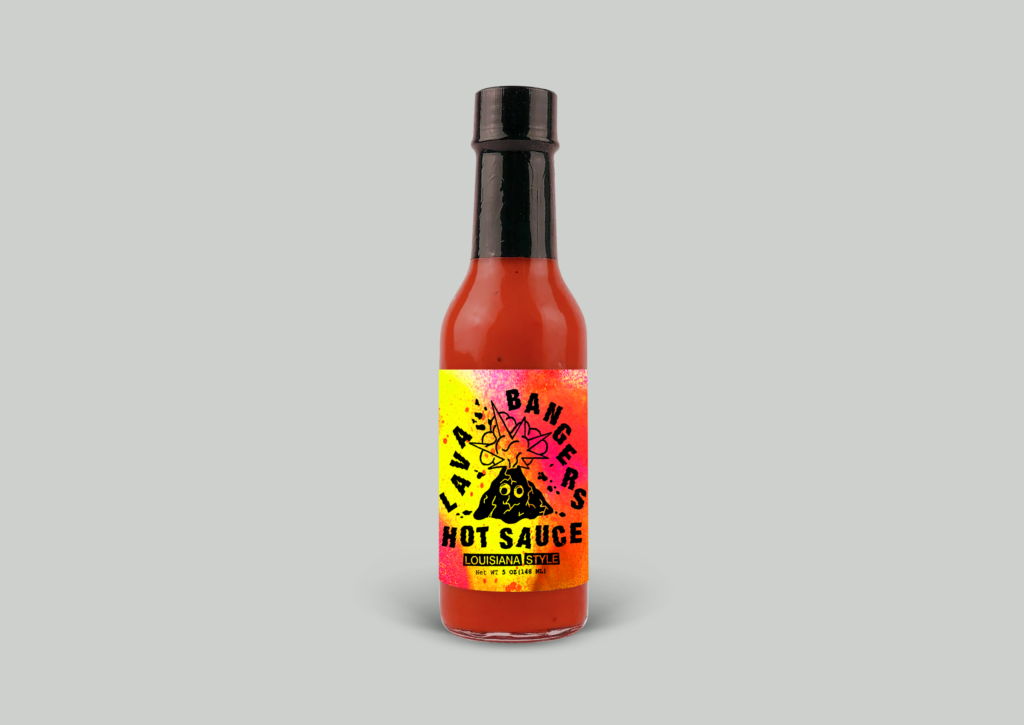 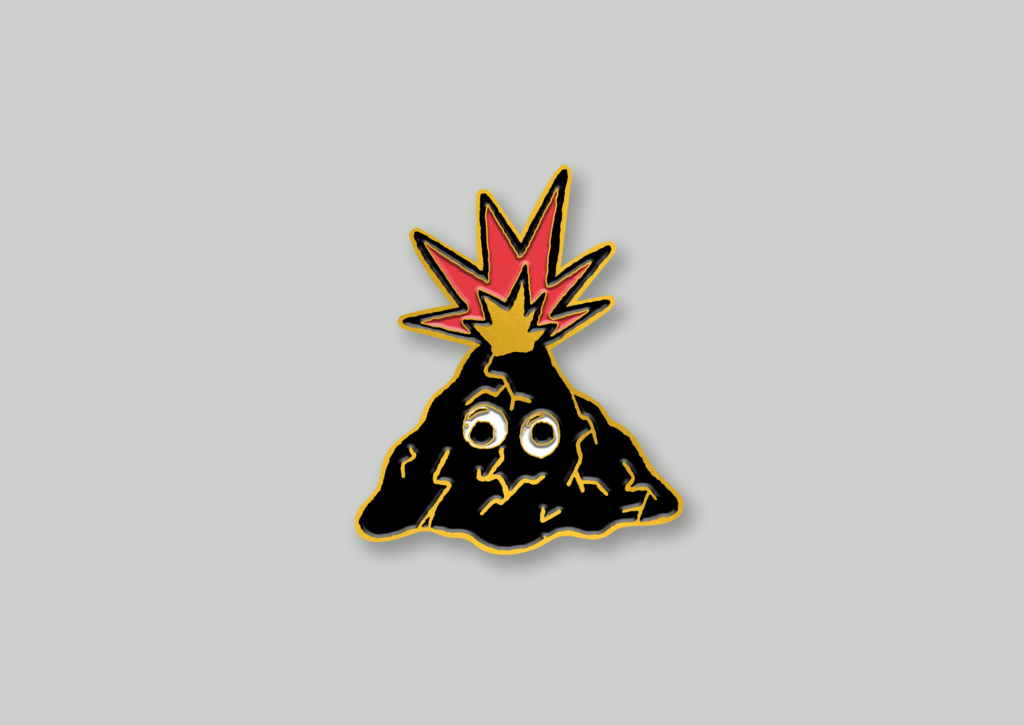 And for the true heads out there we’ve got one more tier that ups the ante even further. There will only be 100 of these packages ever available and it doesn’t get more personalized than this. Check it!

Includes everything in the Deluxe Pre-Order, plus… 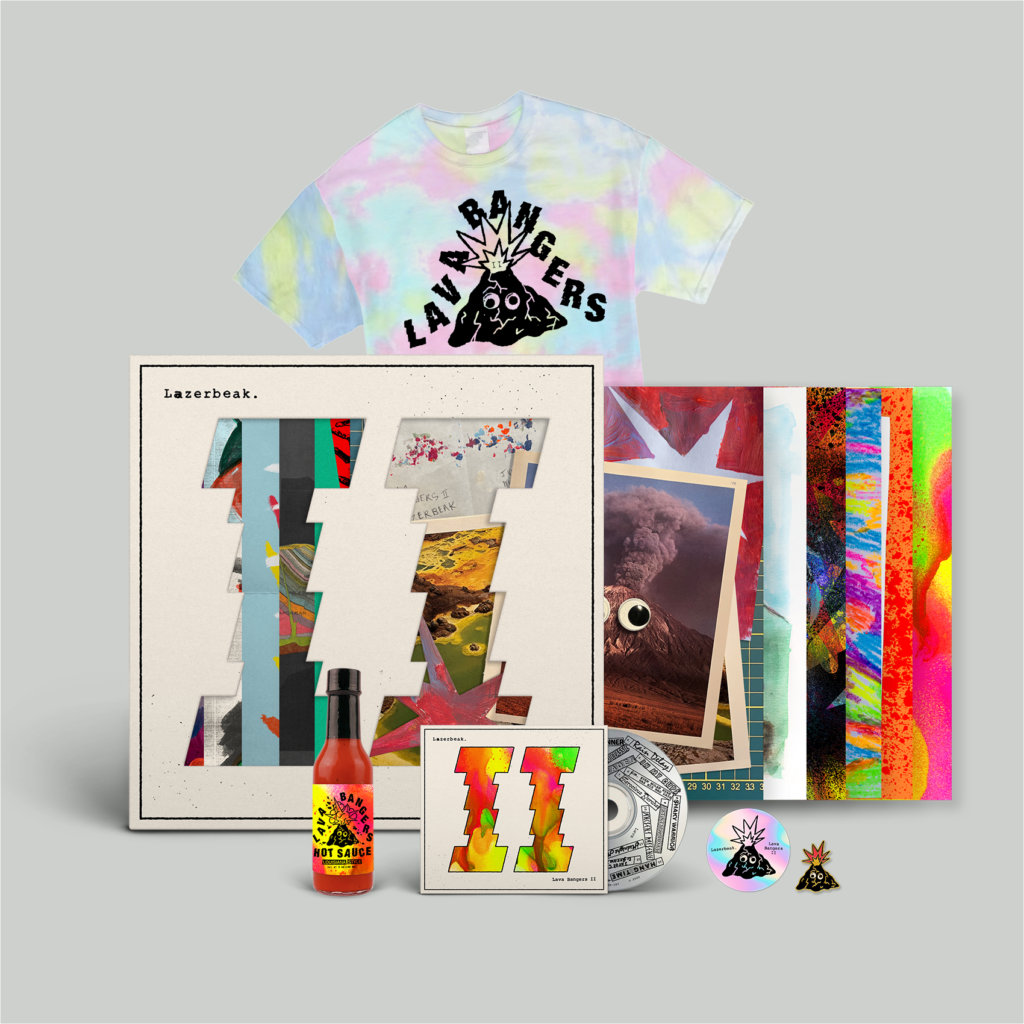 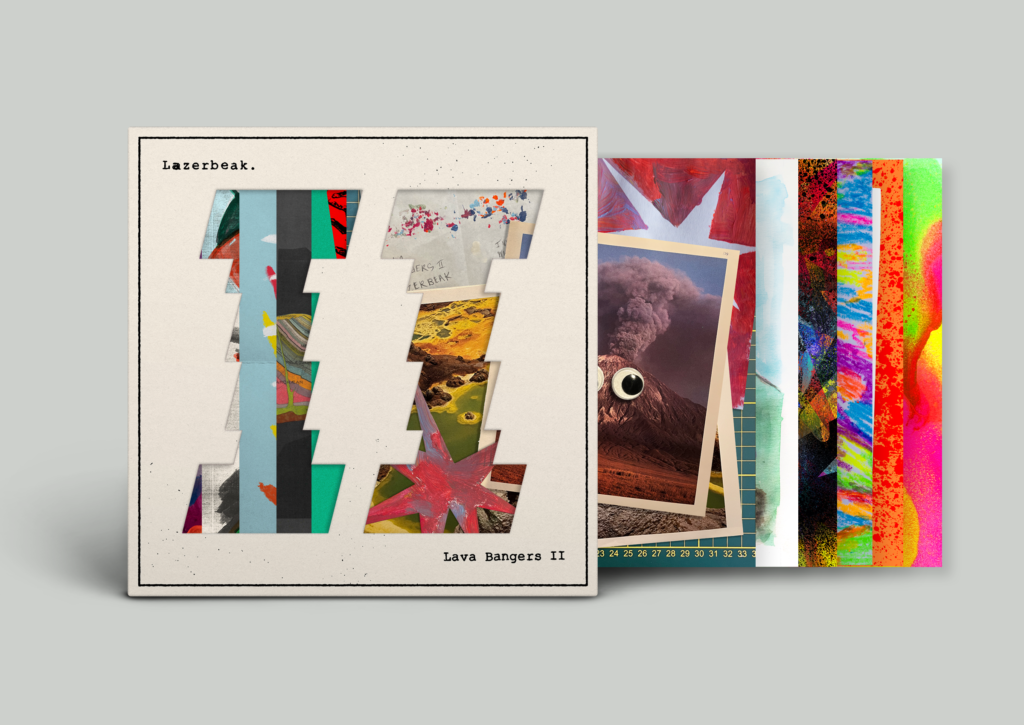 BINGO BANGO!!! So fricking pumped about all of this. Thank you so much for your support of this Lava Bangers II project all year round. Grab your physical pre-orders HERE.

Today I also released the 13th and 14th tracks from the 20-song album and you can listen to the new tracks below. First up is “Midnight Mansion,” maybe the most banging banger out of all the bangers on this project. I was going for a straight up nightclub techo vibe. Just unrelenting from start to finish. I definitely channeled the idea of a bonkers rave in a throwback Miami mansion – almost as if all the club kids took over Scarface’s abode in the 80s and threw a total rager. Fist pumps and sweat and excess. I hope it gets you moving and grooving.

“No Dance” is a bit of a breezier, lighter affair. Windows down, big blue sky, not a care in the world type of energy. The No Dance is something I came up with when I was releasing my first solo album back in 2010. You essentially imagine a sea of haters surrounding you on all sides, then you just push your hands out from left to right and picture everybody flying backwards, action-movie style, unable to even hold a candle to your positive vibes (see the “Let It Go” video for a full tutorial HERE). More than anything, it’s a reminder to myself to walk in the light and go about everything I do with confidence and love. We got this.